Roland Hayes was born in 1887 in Curryville Georgia.  He was the son of ex-slaves, Fanny and William Hayes.  When he was eleven his father died and his mother moved the family to Chattanooga Tennessee.  His family was very poor; he was forced to drop out of school to help support the family.

Hayes attended church on regular bases.  He grew up singing African American spirituals that were passed down from generations.  He also sang in churches and eventually formed a singing group.  It was called; Silver-Toned Quartet.  A choir director heard him singing and really enjoyed his voice.  He offered to give Hayes voice lessons but his mother hoped he would become a minister.  Despite his mothers wishes he continued with his vocal lessons and attended Fisk College.  He was able to take prep-classes and later regular college courses. Hayes also became part of the famous Fisk Jubilee Singers.  In 1911 he toured with the group in Boston.  The group recorded nine spirituals for the Edison Phonograph Company.  After the tour was over the rest of the group returned to Fisk but Hayes decided to stay in Boston.  Hayes was determined to become a professional singer.  Despite the obstacles he faced he forged on.  He was able to save up enough money to rent Symphony Hall where he held a concert.

Hayes successfully arranged several coast to coast tours form 1916 to 1919.  He succeeded in becoming a classical concert singer.  Although, he was a famous singer, financially he still struggled.  He was the sole supporter of his concerts.  Several times he tried to recruit a manager but he was unable.

In April of 1920 he sailed for London England.  He and his pianoist Lawrence Brown toured through out Europe.  In the beginning he was not warmly received. After a few changes he was able to overcome that.  Eventually he won over audiences and was asked to sing for British Royalty.   It  is a little known black history fact that  he was able to sing before King George and Queen Mary.  He returned to America and  was welcomed home.  He was now able to achieve the success he had desired earlier.  He toured Europe several times and in several different languages.

During the 1920’s he became the highest paid tenor in the world.  He preformed and recorded a number of classical and spirituals.  He was able to perform before at least one de-segregated audience in Atlanta Georgia. Hayes toured internationally from 1920 to 1940.  Later he married and settled in Brookline Massachusetts.

In 1962 Hayes celebrated his seventy-fifth birthday by performing at Carnegie Hall.  Hayes preformed the fund raiser for the American Missionary Association College Centennial.  He spent his later years developing young talent.  He became a mentor to several young artists.  He supported young African American singers who were inspired by him.  He influenced famous singers such as sopranos Leontyne Price and Dorothy Maynor and baritones Edward Boatner and William Warfield. In 1991 he was inducted into the Georgia Music Hall of Fame.  In 1995 the Georgia Department of Natural Resources erected and official historic marker in Hayes’s honor in Calhoun. Hayes was awarded the Spingarn Medal by the NAACP.

Roland Hayes died at the age of 89 in a Boston hospital.  He left a great legacy long after his death. 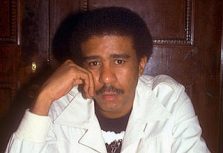